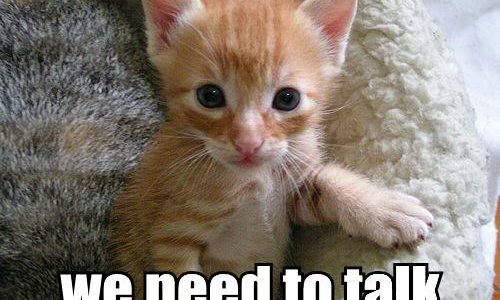 I’m sorry, I am so busy! We should spend more time together

*Below, I am using the word ‘relationship’ to define a relation between two persons, be it friendship, family membership, intimate relation, close friendship.

I…am…Tired! Tired to hear these two phrases (and all the multiple variations that goes with it). I’m just…tired to always have those promises, that are always broken anyway, because…because, in the end, you ain’t a priority on those other peoples’ life. Let’s be honest for two seconds: how many times during the last few months have you caught yourself saying this to someone? Someone you like, a friend, a family member, a very good acquaintance you connect with…Yet, you usher these words the next time you see that person in 6 months, a year later…and then again, and again…like a loop.

And then you realized that it’s been so long that you did NOT sat down for a couple hours with that person. You just didn’t, for reasons you sometimes can’t fathom. Or absurd reasons. Well, reasons you thought were important, and ashamed for not taking the time to see that person that you really like in some ways! A person you say you connect with.

A couple of years ago, it was brought up to my attention that I was saying those words a lot, but never really followed up on it. And you know what? I felt bad, because it showed a lack of respect to the ones whom I promised some of my time. Some friends complained to me that they felt like I did not considered them as important as they considered my in our friendship. So, since then, I tried to follow up on my words/promise when I mentioned meeting my friends and tribe, spending time together. If I couldn’t spend time physically, at least I sent a quick message, an email, or a video/phone call trying to talk with the ones I considered important in my mind, in my life. For me, it was a way to demonstrate to the other person that I was contacting that…you know what? I care about you. Hey, I want to know what’s up with your life, what’s the cool stuff that’s happening, what’s going bad…So yes, I always tried to take a quick 5-10 minutes each day to poke someone in my network of relationships, just to see what was going on, the good as well as the ugly news and thoughts…I always considered it was important to listen, and show support to these people you like, even if you ain’t close (like in an intimate or close friendship, for example).

In 2016, especially after my depression diagnostic, I started reflecting again on all those relationships I had in my life. All those friends, family members, close friends, and acquaintances in my life. I was surprised over some acquaintances who grew to become closer friends as I started sharing more of my depressive state of mind, relating on some of my life experiences, my thoughts. Other friends just sent me message to let me know that, while they didn’t sometime had the correct words to show their support for me, they could just be there to hear me rant and cry. But…I must admit, I was sad – but not surprised! – to see that people I considered close friends/part of my tribe/family just…disappeared during my calls to help and the sharing of my pain in writings and online statuses. People who also spoke a lot of these promises to see each other again, do something together, spend time, be there…

Nothing better than when you are really not feeling well to see who is still answering your calls and messages when you text them, right?

But…this ain’t a blog post to point fingers at. It’s just an observation, a painful one in these last few weeks, which prompted me to do a ‘clean up’ (in a way) in those relations. At least now, I have the energy again to deal with these empty promises, flush them out and move on.

So yes, I did another clean-up again, in all my online accounts, and offline contacts. Also took some time to think over who are now part of my tribe, who I could call if another mental breakdown/health emergency happens in the future…cleaned my contacts on my phone, in my email; removed the ones I didn’t felt I could rely on, and added new names in my priority list. And will be contacting the ones I really love and care about to see when we’ll be seeing each others again. Because I now have the energy to clean up that part of my life, and finally move on 😉